One of the important things that any university library does is provide space for students to study and to use the library materials, and we are always looking to see how we can improve what is on offer.  At present, we are working on a project that will lead to some changes by the start of next term, and to help with this, and to look further into the future, the library sent me to a European conference on library architecture in April this year.

The conference took place in Freiburg, because the library there has recently undergone a major rebuilding and refurbishment. 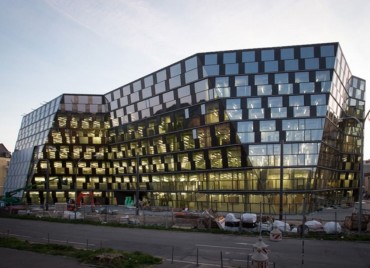 As you can see, the outside is pretty spectacular, and the inside is very impressive too, with the latest furniture and technology installed throughout the building.  Much like the Hartley Library, it is split into areas for silent study and other areas for group work, with an impressive number of computers and facilities for students’ own devices. 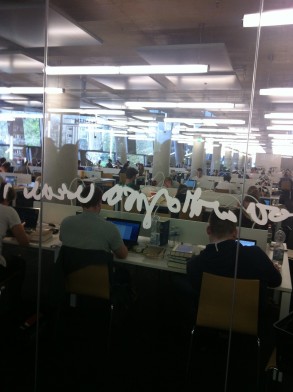 Use has increased massively since the library re-opened, showing that despite the fact that a lot of library resources are now online, having the right space to use them and to study remains massively important.

We also went to the National and University Library in Strasbourg.  This looks very different from the outside, as it is the equivalent of a listed building and was built in the late 19th century.  However, the inside of the old building has been removed and a completely new interior designed and built, and the new library was opened in 2014. 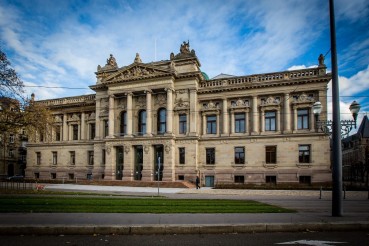 Despite being separately administered and not the main library for the university in Strasbourg, on the day I visited the library was full of students studying (the picture was taken on a different day).  Interestingly, the library opens at 10.00 am on weekdays, and at 2.00 pm on Sundays, not the sort of pattern found in British university libraries, and in contrast to Freiburg which is open 24 hours a day. 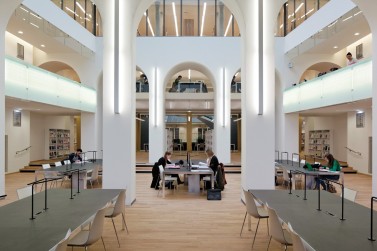 The conference itself had sessions on architecture, interior design, signing and guiding, and user behaviour in libraries, with speakers and delegates from all over Europe.  It was really interesting to talk to librarians from other countries, and whilst there are differences in the way our libraries and universities run, the similarities were much more striking.  Perhaps we would say this, but all the librarians I met spoke about how important the library was to the university and how hard they worked to try to achieve the best library possible.  We are looking at the lessons and ideas that come from the conference and they are feeding into the projects we have to improve the space in our libraries here at Southampton.